This is an alpha release. This product or feature is in a pre-release state and might change or have limited support.

In a traditional Forseti installation, the compute resources are deployed as GCE virtual machines (VM). The Forseti server VM executes the forseti_server process, listening for requests to take action. On the Forseti server is also a Linux cronjob that periodically invokes the server to build inventory and a model, scan, and notify on any violations. The Forseti client VM provides a CLI where a user can invoke these same functions as well as execute the IAM explain function.

In Forseti on GKE, the core compute resources are deployed in containers: the server and orchestrator. These containers are each wrapped in Kubernetes Pods; the forseti-server and forseti-orchestrator pods respectively. 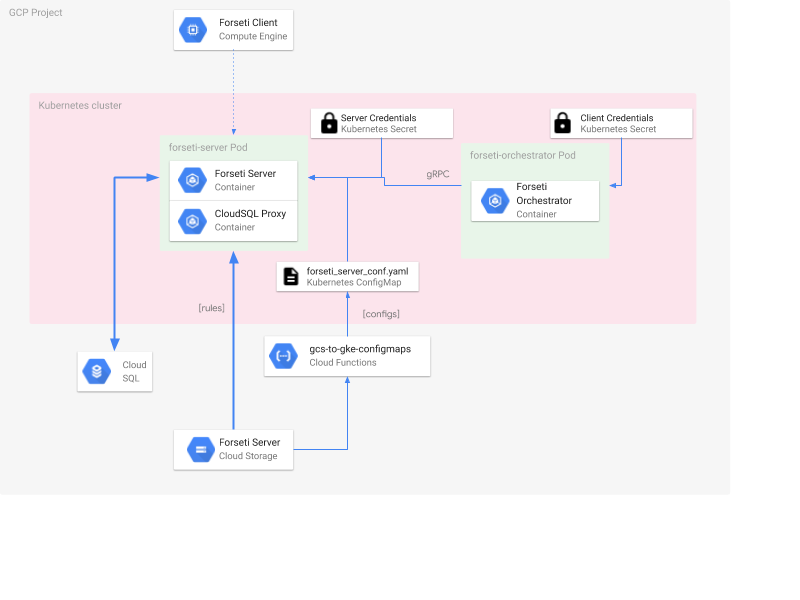 The following describes the container image tags used in a Forseti on GKE installation.